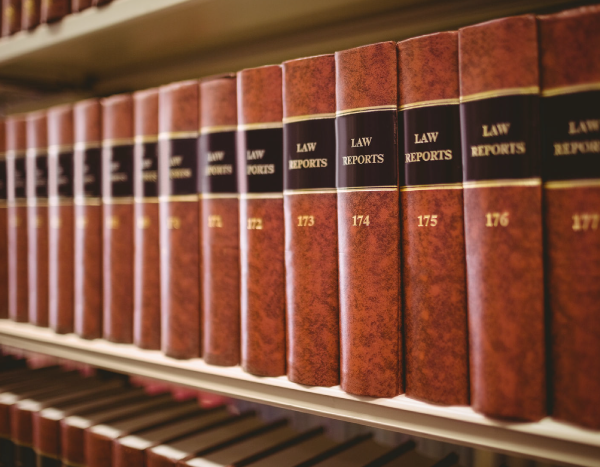 A foreign company can do business in India either through opening a liaison office (“LO”) or a branch office or a limited liability partnership firm or a wholly owned subsidiary depending upon its business requirements in India. Each of the above mode of opening business presence in India is governed by the Foreign Exchange Regulations in India.

As per the regulations, the LO is permitted to carry out limited activities like

The LO is not permitted to carry out directly or indirectly any trading or commercial or industrial activity in India. The LO can operate only out of inward remittance received from the parent company in India.

When a foreign company operates through a LO in India, there is no income that is taxable in India as the LO is not permitted to earn any income in India. Doubts arise in respect of the business activities carried by the foreign company in India through LO and whether the said activities can be taxable in India. There are mixed judicial rulings in this respect, where in some cases based on the activities carried by LO, it is held that the LO does not constitute Permanent Establishment (“PE”) in India1, whereas in some others it is held that LO constitutes PE in India .
This article is in relation to the recent decision of the Apex Court in the case of UAE Exchange Centre where the activities of LO is analyzed to determine whether the said activities is “preparatory or auxiliary” in nature and whether the LO can be considered as a PE for the parent company in India. This decision will be very useful to the taxpayers as it lays down guidelines to determine whether the activities of LO will constitute or not a PE in India2.

Brief facts of the case

The U.A.E. Exchange Centre (“the Taxpayer”) is a limited company incorporated in the UAE. It is engaged in offering remittance services for transferring amounts from UAE to various places in India. The taxpayer has been granted the permission by the RBI for opening a LO in India. It has been undisputed that the activities carried on by the taxpayer from the said LO are in conformity with the terms and conditions prescribed by the RBI.

What is remittance service?

While remitting through the mode as mentioned in (b) above, LO in India downloads the particulars of remittances through electronic media and thereafter prints cheques/drafts drawn on the banks in India, which, in turn, are couriered or dispatched to the beneficiaries in India, in accordance with the instructions of the NRI remitter. While doing this, the LO remains connected with the main server of the Taxpayer in UAE, as the information is contained in the main server thereat, which is required to be accessed by the LO in India for the purpose of remittance of funds.

In view of the above mentioned disputed transaction, the taxpayer filed an application before the Authority for Advance Rulings (“AAR”) to seek ruling on the following questions which are also the issues for consideration:

The Decision of Authority of Advance Ruling

Further, in respect of the provisions of the Double Taxation Avoidance Agreement (“DTAA”) between India and UAE, the AAR held that the activities of the LO cannot be said to be work of preparatory and auxiliary character. It is indeed a significant part of the main work of taxpayer. Accordingly, it does not fall in the exclusionary clause i.e. Article 5(3)(e) and hence, the LO of the taxpayer in India for the purposes of the disputed mode [(b) as stated above] of remittance of amount would be a PE within the meaning of the expression in DTAA.

The Decision of Delhi High Court

The Hon’ble High Court held that the AAR proceeded on a wrong premise by first examining the efficacy of Section 5(2)(b) and Section 9(1)(i) of the Act instead of applying the provisions in Articles 5 and 7 of the DTAA. The provisions of Section 5(2)(b) and Section 9(1)(1) of the Act would have no applicability. Discussion with respect to the “business connection” in the impugned ruling was unnecessary. The Authority had to determine only whether the petitioner carried on business in India through a PE.

With regard to the provision of DTAA, the Court held that the said transaction falls within the ambit of exclusionary clause of Article 5(3)(e) and the instant activity is in ‘aid’ or ‘support’ of the main activity. The Court further held that if LO is regarded as PE, then, by way of deeming fiction, income which neither arose nor accrued in India would be taxed. Therefore, to overcome this, the exclusionary clause needed to be given a wider and liberal play. Accordingly, once an activity is construed as being subsidiary or in aid or support of the main activity it would fall within the exclusionary clause.

Reliance was placed amongst others5 on the decision of the Apex Court in the case of DIT v. Morgan Stanley & Co6 wherein the Court was called upon to decide as to whether back office operations would qualify as having a PE in India. It was held by the Court that back office operations fall within the exclusionary clause Article 5(3)(e) of Indo-US Double Taxation DTAA, (which was found similar by the Delhi High Court in the present case i.e. India UAE DTAA). The Court held that a functional and factual analysis of each of the activities undertaken by an establishment is required in order to understand that whether PE is formed.

The Decision of Apex Court

The Court further held that the activities of LO of the taxpayer in India are limited activities which are circumscribed by the permission given by the RBI and are in the nature of preparatory or auxiliary character and, therefore, covered by Article 5(3)(e). As a result, the fixed place used by the respondent as LO in India, would not qualify the definition of PE in terms of Articles 5(1) and 5(2) of the DTAA on account of non-obstante and deeming clause in Article 5(3) of the DTAA. Accordingly, the Court held that no income as specified in Section 2(24) of the Act is earned by the LO in India. Hence, no tax can be levied or collected from the LO of the taxpayer in India in respect of the primary business activities concluded by the taxpayer in UAE.

The Court observed that after the enactment of the Finance Act 2003, Explanation 2 to section 9(1)(i) of the Act was inserted which defined business connection as business activity carried out by a person on behalf of non-resident. In this regard, the Apex Court held that even if the stated activities of the LO of the taxpayer in India is regarded as business activity, the same being “of preparatory or auxiliary character”; by virtue of Article 5(3)(e) of the DTAA, the LO of the taxpayer in India which would otherwise be a PE, is deemed to be expressly excluded from being so. Since, by a legal fiction it is deemed not to be a PE of the taxpayer in India, it is not amenable to tax liability in terms of Article 7 of the DTAA.

Whether LO can be treated as the PE of the non-resident entity is a very fact specific analysis. The Apex Court in this judgement mentioned that in order to decide the status of LO, functional and factual analysis of the activities performed by the LO needs to be done. The Hon’ble Court has laid emphasis in bringing out the characteristics of what can be termed as “of preparatory or auxiliary character” which shall be relevant for cases to come. Further, the Court has defined the rationale of taxability due to which the judgement shall hold persuasive value for similar cases.