HUF or Trust – What works and when for Indian families?

HUF or Trust – What works and when for Indian families? 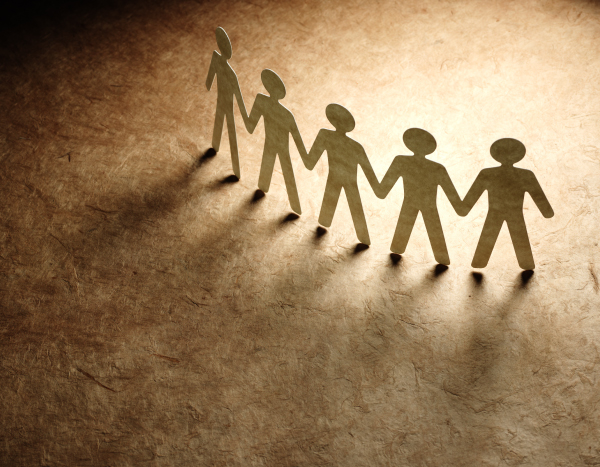 The Hindu Undivided Family (‘HUF’) structure, which is based on collective ownership and protection of the family members, has traditionally been adopted by Indian families for the purpose of succession planning and passing on wealth through generations. Also, HUF is treated as a separate taxable entity for the purpose of the Indian income tax laws providing an additional basket of tax slabs and therefore, widely recognised as a tax planning mechanism.

In recent years, the HUF model has come under scrutiny as an acceptable succession planning structure with the emergence of urbanization and growth of nuclear families, widening demographics, dilution of patriarchy values in the Hindu families, increasing diversity in the outlook and lifestyle between generations, increase in spread of education and rationalization of customs and traditions and emergence of global families with members and / or assets spread across countries. Further, recent amendments and judicial precedents under the Hindu Succession Act, 1956 (‘the HSA’) also makes a re-look at this succession model inevitable.

In 2005, the HSA was amended to provide coparcenary rights to the female members of the Hindu family. Further, the recent ruling of the Hon’ble Supreme Court [SC] has once again bought the discussion on the HUF model in the limelight. In the concerned case, the Hon’ble Supreme Court has ruled that the amendments to the HSA with effect from September 9, 2005 are retroactive in nature and therefore, a daughter is treated as a coparcener of joint Hindu family in same manner as son with same rights and liabilities since birth. It is not necessary for the father or coparcener to be living as on September 9, 2005 to whom the daughter would succeed. This ruling confirms the right of the female coparceners to the unobstructed heritage since the inception of the HSA but with effect from 2005. As earlier, a woman could not be a coparcener, but she could still be a joint family member. With effect from September 9, 2005, daughters are recognised as coparceners in their rights, by birth in the family like a son. Coparcenary is the creation of law under the HSA and only a coparcener has a right to demand partition. The effect of the retroactive application would be that the daughters born before September 9, 2005 can claim these rights with effect from the date of the amendment with savings of the past transactions.

The HUF model can be said to have gone out of favour with Indian families and individuals on account of the increase in the number of co-owners (i.e. coparceners) of the HUF property and thereby, the risk of litigation. These aspects have also resulted into emergence of uncertainties surrounding the HUF structure being able to meet the objectives of the karta and the family in terms of protection and succession. Also, the extension of the liability of the HUF may not be suited to certain coparceners (e.g. married daughters).

Given the above, the private trust structures emerge as future proof alternatives for Indian families and individuals to balance the multi-fold objectives of protection, ownership, management, enjoyment and succession amongst the family members across generation.

Under the trust structure, the assets and the businesses of the family could be settled under a private trust and held in the name of as well as managed by the trustees for the benefit of the beneficiaries. The trustees of the trusts could be certain identified family members or family friends or professionals. The settlor of the trust could make instructions to the trustees as regards the management of the assets of the trusts as well as income from those assets and direct the ownership of income, enjoyment, management rights of various assets / business be allocated amongst the various family members subject to such conditions as he desires. The conditions could be such as to ensure a particular conduct from the beneficiaries towards the family or its assets. The trustees could also be guided by the protectors under a recommendatory role.

Unlike HUF model, private trust structures also provide the required mitigation from the implications of the potential estate tax as well as insolvency laws. Further, transfer of properties to the private trusts, pursuant to settlement of trust with “relatives” as beneficiaries, is exempt from deemed gift tax provisions under the Indian income tax laws. Further, the stamp duty laws also provide for exemptions from stamp duties in case of settlement of trusts with “blood relatives”.

The dilemma appears to have cleared. However, the above leads to more questions than answers in terms of choosing between the succession planning tool for oneself. The choice is often not simple and requires some thinking basis the facts and factors such as:

No single factor in isolation but all the factors in conjunction will have to be considered at the time of deciding on the final structure. At times, the decisions are not necessarily calculative but also subjective basis family values, customs and upbringing.

For nuclear families, HUF mode of succession planning could still work as a feasible option as it provides the benefits of tax slabs and simplistic approach towards formation and maintenance. The settlement of existing properties held under personal names into the HUF entails tax implications. Thus, the formation of the HUF may require a gift from family members (not being members of the HUF) or a loan, its yet easy to form a HUF and maintain at nominal costs over the years.

However, in case nuclear families are self-employed or engaged in business, additional thoughts on structuring the personal wealth of the family separately to ensure protection of the family’s personal wealth, specifically when the businesses are conducted under either directly under HUF or non-corporate structures and / or with the use of leverage / finance from banks. Additionally, complications could assume if the head of the family has more than one child and unequal distribution of the property, business or other rights is envisaged. In such cases, caution should be exercised and only those assets and income should be housed under HUF which are desired to be jointly owned and equally distributed.

In situations where the property or business is inherited under a HUF from the father to sons and daughters – whose families have further expanded post their marriage – than depending on the family dynamics and preferences – Karta may either (i) continue the HUF; or (ii) partition the HUF; or (iii) settle a trust.

However, in case the partition is not envisaged by the karta as well as the family members and a more flexible structure is envisaged, the HUF property could be settled by the karta and the other members of the HUF under a trust. The settlement of the trust would tantamount to the partition of the HUF and formation of the trust by all the members of the family by conveying their share of property under the HUF into the trusts. In such a case, all the coparceners could effectively become the settlors as well as beneficiaries of trust and the trustees of the trust could be decided by the karta along with the family members. The trust could be set-up as a determinate – where the share of each of the members of the family is made specific or an indeterminate trusts – where the share of the beneficiaries are not determinate and it is left to the trustees to determine the share of each of the beneficiaries at the time of distribution of income and / or assets. Further, the trust could be set-up as an irrevocable trust or – where the settlors do not have a right to revoke the trusts and call for assets of the family trust or a revocable trust – where the settlors do have a right to revoke the trusts. However, in this regard, care should be taken that the trust the settlement of the assets into the trust does not become a ‘revocable transfer’ under the Indian income tax laws – a concept which is wider than the Indian trust laws in terms of applicability and implications.

Global families usually have diversity amongst the members in terms of education, outlook, lifestyle as well as preferences for earning livelihood – i.e. business / profession / vocation. Considering the diversity, the co-ownership structure under the HUF model may not be appropriate for such families except in certain circumstances holding of ancestral properties under ancestral HUF.

A trust structure would be more appropriate in such cases to define the rights of inheritance, income and enjoyment of individual members of the family and linking the same to their duties and conduct towards the family.

The head of the family may wish to provide and ensure right to enjoyment and protection of the dependents on the family such as widow of any of the male coparcener, differently abled coparcener / member, an orphan minor etc. In such cases, trust structures could prove to be a better mechanism to enforce the rights and ensure that the same are protected after the lifetime of the head of the family.

To summarize, though the HUF structure may be out of favour for majority of the families, its still easy, simple and feasible alternative in certain situations. Having said that, it should be kept in mind that a HUF is easy to create but its not easy to partition a HUF or transition of trust structures. A trust structure ticks all the boxes but the cost considerations for set-up and maintenance, size of the family and wealth as well as source of income are important parameters to be considered before choosing a trust structure.

The above article is written by CA Yashesh Ashar, Partner with Sudit K. Parekh & Co. The views expressed our personal.

Amendments to CSR activities for the year 2020-21